Baltimore Comic-Con is the only con I’ve attended. The first couple of times I attended, my only true aspirations were to dive through the thousands and thousands of comic books from the many, many vendors. This year, my objective completely changed.

I wanted to attend as many panels as possible, and possibly interact with writers and artists I’d written a review for. I’ve written plenty of reviews on single issues, trade paperbacks, and graphic novels from publishers like BOOM! Studios, Titan Comics, Dark Horse, Image Comics, and other indies, so I definitely wanted to express my appreciation to these publishers in some way, if they were attending, even just to say, “Awesome stuff.” This didn’t always play out because of my sometimes-awkward, introverted nature shining through, or if I did, I tried to make it brief to make sure their time wasn’t taken away from others interested in their works.

Now, my time on the main floor was limited over three days, because I spent most of my time attending panels. Let me say this – it was absolutely amazing. Listening to so many writers and artists talk about their craft, how they approach storytelling and some of their favorite parts, and you can see it. You can see how much they love what they’re doing. They love the world of comic books, and the ability to tell a story in that medium, which some made sure to emphasize, “Comic books are a medium, not a genre.”

There were numerous panels, making it impossible to see them all, and that’s a great thing. Although it might be difficult to grapple with the choice, “Which one do I go to?” – it made the experience better knowing there were plenty of different options to choose from. Some of the choices included:

Outside of the Iron Fist panel, which involved actors discussing their training and experiences within the TV world, the others included writers, artists, and publishers discussing future projects, past experiences in the industry, and how others might attempt to get into the comic book world. It was fascinating to listen to each person’s perspective, while also providing an encouraging boost to writers wanting to pursue a similar path, seeing the enthusiasm for their craft and listening to their funny anecdotes – with the ultimate realization that being creative is a wonderful thing.

If you’re in the Baltimore area in September of next year, this convention is a great way to learn from those in the comic book industry. The panels usually seem to have more than enough room for attendees, and the subsequent discussion that follows is entertaining. Baltimore Comic-Con has highlighted many different guests over the past few years; Frank Miller, Lynda Carter, Haley Atwell, Sean Astin, Katie Cassidy, Ming-Na Wen, Edward James Olmos, Stan Lee, and many others.

If your only interest is to find comic books to add to your collection, or find something new to start reading, Baltimore Comic-Con has a massive floor showing a seemingly endless number of vendors who sell new and used comic books, artwork, t-shirts, figurines, and an assortment of other clothing and collectibles. A friend who has been to many different cons – Dragon Con, Awesome Con, C2E2, New York Comic Con, and others – said about the Baltimore Comic-Con years ago, “It’s the most comic book-oriented con of them all.”

For an overall experience, this con is fun, with plenty of ways to stay occupied, and plenty of reasons to return again and again.

I Am Now A Fanbase Press Staffer 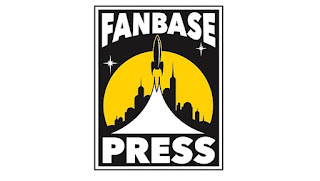 Of the many things I've done as a writer, I cannot accurately express how much it means to become a part of the Fanbase Press staff. A little over a year ago, I wrote my first comic book review and it's been an amazing ride since that point.

I have had the opportunity to read awesome stories, look at tons of unique artwork, and realize my life as a writer is the most satisfying professional endeavor I could ever hope to achieve. I'm thrilled to say I am now a Senior Contributor/Creator of the Geeky Parent Guide, and "as is the case with all of Fanbase Press' staff members, [I] will also be taking on a critical role within the realm of geekdom." I have also been given the responsibility, in this additional role, as Guardian of Fantasia, and I'll make sure, as part of the Fanbase, that they'll never know The Nothing.

Thank you, Fanbase Press, for letting me be a part of your world.

If anyone wants to know what's been happening with the Geeky Parent Guide, a featured series on Fanbase Press, check out some of our most recent posts. We've dived into:


You can keep tabs with the GPG, and connect with other geeky parents, by following us on Twitter and Facebook.